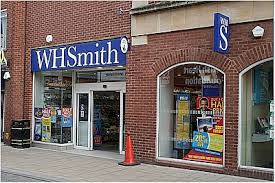 Yes I know it’s late. But I hate to leave a thing unfinished, so…

T ‘is the most commonly used consonant and the second most common letter in the English language’ Wikipedia.  And of course, according to the rest of the world it’s what us Mad Dogs and Englishmen drink all the time! Seriously though, tea has a fascinating history and you could do worse than watch the Victoria Wood documentary Victoria’s Empire to appreciate the impact that humble beverage has had on the world. Truly amazing.

U – the first word that occurred to me was underdog. An internet search bought up multiple companies offering to fight for your accident and injury compensation, and a film starring James Belushi (and a dog). I think this says a lot about today’s world…

V – varnish. Apparently this is not just a wood-preserving finish but also the name of an HTTP accelerator. This word also makes me think of the cliche ‘unvarnished truth’, which for some reason I love – but, being a writer, I am therefore forbidden to use it Except Occasionally In Dialogue.

W – woad. Because I love the word and blue is my favourite colour. Woad is a blue dye made from the flowering plant Isatis tinctoria, and has a history stretching back millenia.

X – a silly non-letter that’s normally said as Z. I refuse to discuss it 😉

Y – yak. Sorry, but once it had pinged into my brain, that was it. I had to go and see which area they’re indigenous too, as I wasn’t sure. Himalayan plateau, apparently. What was rather more disturbing was this:

If this sounds like your bag, man (or woman), then I suggest you visit this webiste and sign yourself up immediately…

Z is for zombies. Can’t get away from the bloomin things these days, they’re everywhere – and you could be forgiven for being sick of the sight of them (yes, cliche alert, but this is a blog, not a novel. I must admit to enjoying the zombie mini-series Dead Set, which was set in the Big Brother house. Davina McCall was worryingly authentic. Charlie Higson’s The Enemy  is also brill, and I’m waiting to read the next one; it’s been a long wait for me, as I was lucky enough to read the first one a lot earlier than most mere mortals.

So here we are. We got to Z in the end. And as I have a glut of unused cliches, what can I say but Better Late Than Never, Good Things Come To Those Who Wait, Nothing Ventured – Nothing Gained, Better late than Late, and, of course:

All Good Things Must Come To An End.

Adieu, A to Z Challenge. Or is it only Au Revoir…

So here’s a post that’s sat in my drafts for nearly a month, waiting for me to fiddle with photos etc.
But there was too much for one post anyway, so here is the first instalment of my witterings about the London MCM Expo (MCM = Movie Comic Media).

Those of you who used to grace my Writeous Indignation blog may recall I went to the May Expo, and missed seeing the cast of Stargate Universe due to a late train and no timetable for the shows (gnashes teeth at memory). Techie Husband and I go for the sci-fi and movies, Arty Daughter goes there for the – er, art. And Constructo Boy goes along for anything related to Dr.Who and Star Wars.

Arty Daughter brought along her best friend this time (we’ll call her K the Cat – you’ll see why in a mo), because she has infected her with the Manga Madness too. Poor girl. They had a fantastic time and dressed up, because this is The Thing To Do. K was…a cat, kind of, and Arty Daughter went along dressed as Misa from Deathnote.

For comparison, I give you: Misa

Below: Arty Daughter and K the Cat – a but fuzzy I’m afraid (blame TH, he took the photo!), and Arty Daughter isn’t smiling – not because she is going for the moody look, but because this is just before we left, and her black lipstick had wandered on to her teeth by that time…

And yes, K the Cat did have a tail, which attracted strange looks at Stevenage train station 🙂

This time we made sure we were there early, so TH and I caught the interviews we wanted to. Haven, Eureka, Warehouse 13…more on them soon.